In our last article, we discussed the work of Scott Minnich, Molecular Biologist at the University of Idaho, on the bacterial flagellum motor. The forty parts to this amazingly efficient means of locomotion convinced him that random chance simply could not explain its existence.

A favorite term for those who hold this view of intelligent design is ‘irreducible complexity.’ They reason that, if a complex organ were any smaller or simpler, it could not function as it is. If evolution is to be believed, it demands that all life was once simpler, that it evolved from simple to complex randomly without a design or purpose. The apparent design we see in nature today is only coincidentally the same as one would expect were it designed by intelligence. 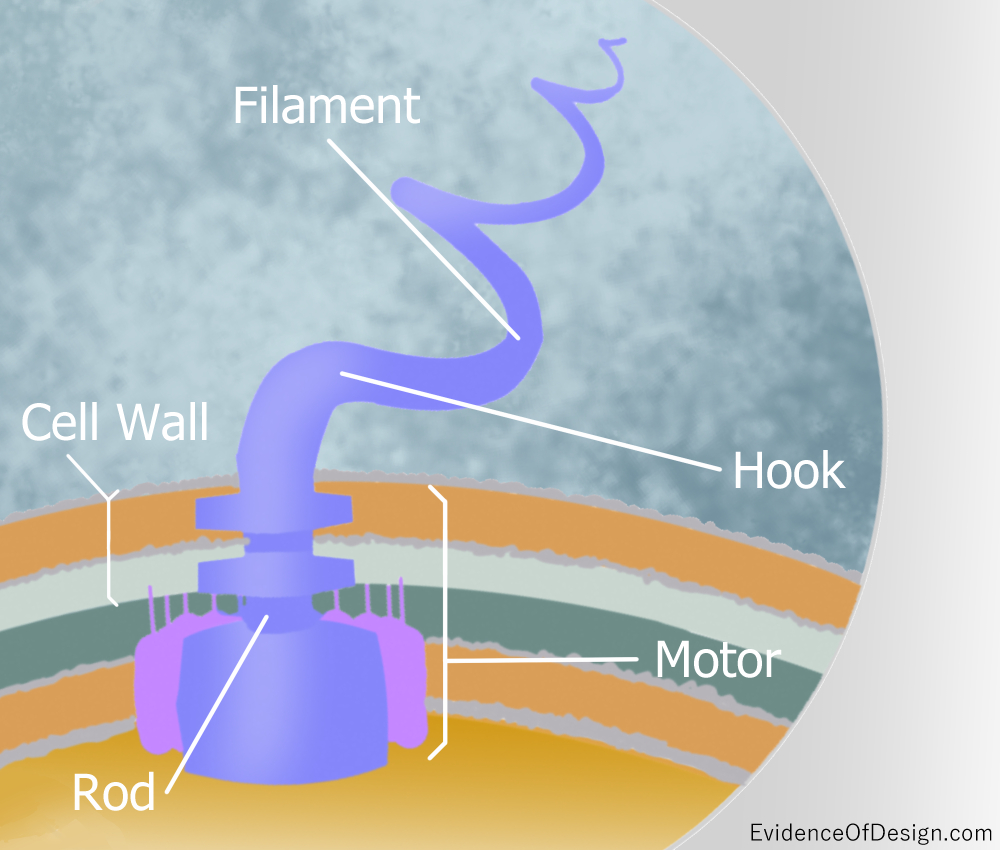 A difficulty with believing that random chance produced complex life is the mechanism for assembling the parts. Remember, Dr. Minnich stated that Darwinism natural selection states by definition that, if a part evolves but has no purpose, it would be lost to the organism. Yet forty parts are needed for this flagellum motor to work. Evolutionists counter that the parts could have evolved for other functions in the organism and then be ‘borrowed’ to assemble the motor. Minnich countered that, at most, this would account for only half the parts.

But, let’s say that the forty parts of the bacterial flagellum did evolve in various places in the organism. The greater problem is how the protein parts would be assembled into the most efficient motor in the universe. In cells, assembly is now understood. The assembling ‘blueprint’ is locked into the DNA in the nucleus of every cell. The DNA dictates the order of assembly of the amino acids and the RNA carries it out. Minnich states accurately that, without the blueprint, assembly would be as likely as putting together a line from Shakespeare by throwing out Scrabble tiles on the table.

Are You Being Honest with the Data?

DNA is a code molecule unique to each organism. It is physically what made you and me as we are. It is a blueprint that manufactures. It is like a computer that is able to make products according to its calculations. Who ever heard of such a thing happening in any other part of the universe without massive amounts of time and energy and planning?!

I repeat from the last article, intelligent design is not religious. It is an extrapolated cause drawn from scientific observation and falls far short of the Bible’s claim of creation. It is, rather, the honest conclusion that chance will not explain reality and goes no further than that. Is your view or the origin of life honest with the data all around us?