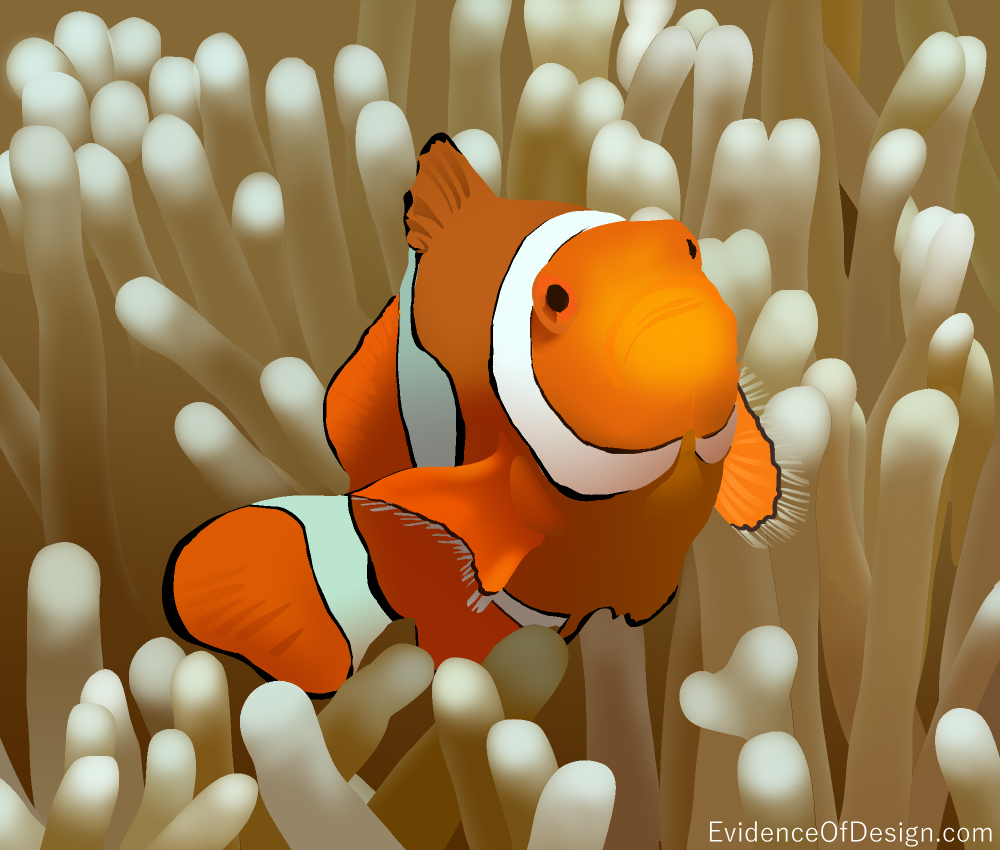 What Is So Special About Them?

The clownfish is a type of fish that lives in salt water habitats north of Australia and east of China. It is also called an Anemonefish. Clownfish became famous through the movie Finding Nemo. They are typically very bright, orange fish that have three white stripes, one at the head, middle and tail. The clownfish can grow to be from 2 to 5 inches long and with that coloring and size, it would become easy prey for many other sea creatures. Anemones, on the other hand, are a plant looking animal surrounded by many tentacles that are able to sting its prey and then eat it. The clownfish live in these tentacles, free from the danger of predators who would be food for the anemone.

But how can the clownfish live in these tentacles without getting stung? Clownfish have a slimy mucus covering their bodies that protects them from the sea anemone. If this covering is wiped off of a clownfish, it will get stung and possibly be killed when it returns home to the anemone.

How Do These Two Creatures Benefit Each Other?

Such a relationship is hard to explain by evolution. Without this mucus (it is the only fish with such a protection), the clownfish would be killed by the anemone and without the anemone, it would be easy prey for larger fish. On the other hand, without the clownfish, the anemone would be attacked by larger fish immune to its sting and would become clogged with debris. It is a relationship that had to be complete from the beginning for gradual evolution would result in extinction first. This can only be explained by the design of an intelligent Creator. The Bible says this was Jesus Christ. (John 1:3)

5 thoughts on “The Clownfish and the Anemone”