Probably the most famous cactus is the Saguaro, though it is only found in the 120,000 square miles of the Sonoran Desert of southern Arizona and California. Saguaro is an Indian word, pronounced “sah-wah-ro” or “suh-wah-ro.” The scientific name is Carnegiea Gigantean, named for Andrew Carnegie. 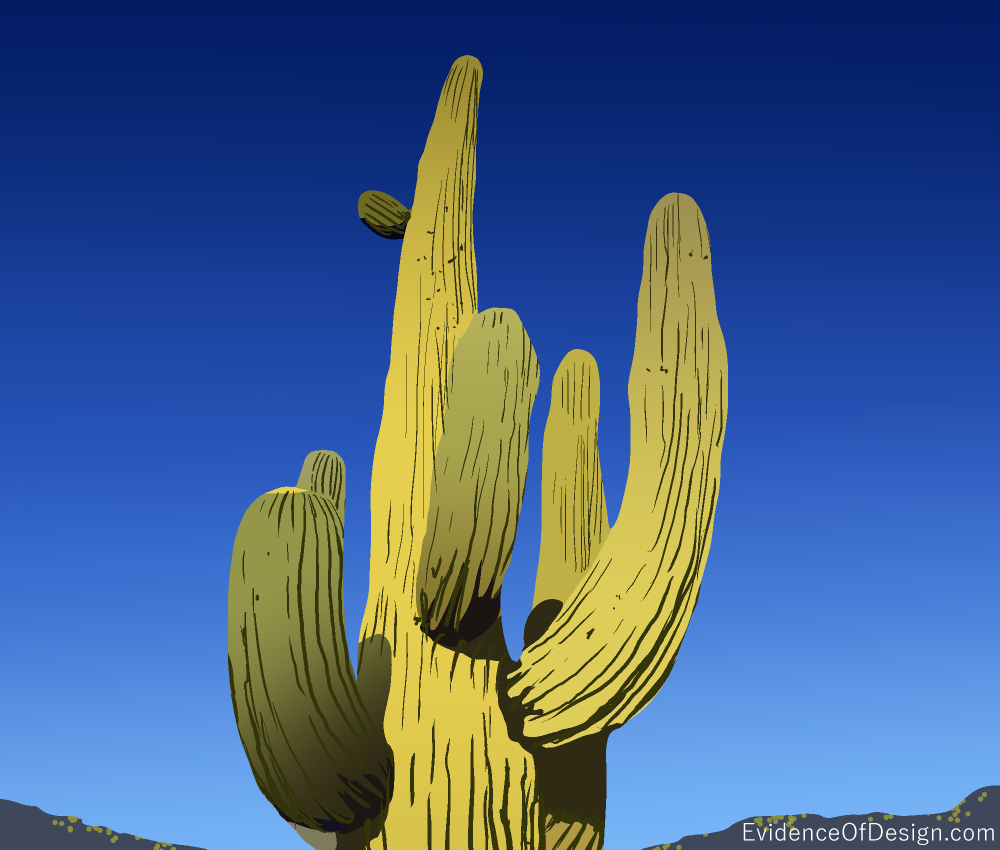 Just How Tall Can They Get?

Indeed the Saguaro can be gigantic but it takes a while to get that tall. Growing at less than an inch a year in their youth, Saguaros that are three feet tall could be 50 years old! A Saguaro usually doesn’t grow an arm until it is 75 years old and 15 feet tall. Think how old the giants are! They may be 200 years old or more, grow to 50 feet, and have as many as 50 arms! The average saguaro has about 5 arms and is 30 feet tall.

How Tough Are They?

In spite of their longevity, Saguaros are actually rather fragile. They can die in a heavy frost so they do not grow above 3500 feet. Drought can also take a toll on this plant if it extends too long. The taproot is only about 3 feet deep. Other roots are only a foot long but wrap themselves around rocks to support the rest of the cactus. Being close to the surface, the shallow roots absorb lots of water when it rains. The Saguaro could hold a ton of water! That’s more than 260 gallons.

What Else Is Special About It?

The state flower of Arizona is the Saguaro cactus flower that appears in May and June. The ripe Saguaro fruit is about 3 inches wide and eventually splits open, exposing 4000 seeds. Many desert creatures survive on these seeds but a few survive to grow another Saguaro. Though the Whitetail Dove is a primary pollinator of the flower (along with insects), the Gila Woodpecker and the Gilded Flicker make their home in the Saguaro Cactus by chiseling out small holes in the trunk.  Other birds finding their home in the Saguaro are the American kestrel, Cactus wrens, Lucy’s warblers, Phainopeplas elf owls, Purple Martins, Screech owls, and Western kingbirds.

Obviously, desert-like conditions did not exist before the flood. Adaptation is possible and that ability is a part of God’s design plan. Yet cactus could have lived in the garden-like conditions of the world during those 1656 years as they are today. They may have had the capability to live in a desert even though none existed. God knows how to plan ahead, for He knows the end from the beginning.

1 thought on “The Saguaro Cactus”