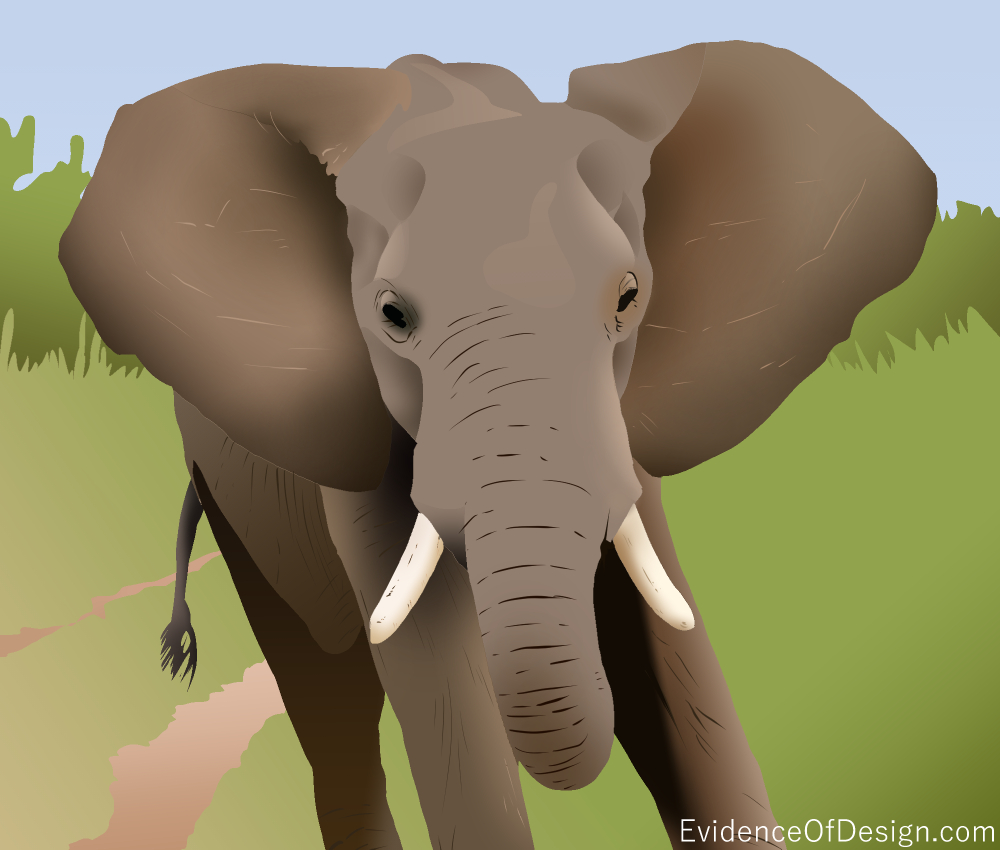 What are Elephant Ears Used For?

First, elephants use their ears to signal other elephants or animals when danger is near. “When a threat is perceived by the elephant, the ears are spread wide on each side of the head, which produces a huge frontal area.” In other words, they use them to communicate.

Second, elephants use their ears the same way we use ours, to hear. They seem to have a good sense of hearing. In fact, during the day they can pick up sounds within 20 square miles of the source, and at night, because air is cooler than land, the sound can be detected over nearly 40 square miles or six miles in one direction. The reason for this tremendous range is that elephants can detect ultrasonics, sounds lower than the human ear can hear. Other animals able to pick up these frequencies are crocodiles, whales, and dolphins.

The third fascinating advantage of the elephant’s big ears is that they are their air conditioners. Though the males weigh 5 tons (females wouldn’t admit to their weight), the elephant doesn’t have as much surface area for its weight as we do. Also, their metabolism is relatively slow, meaning the blood doesn’t circulate to the surface of the skin fast enough to carry the heat out. Therefore, cooling its massive body could be a problem. To answer this, God put a maze of blood vessels in the ears of the elephant. The ears are made of cartilage covered with thin skin. Thus these blood vessels are all close to the surface, especially in the back. As blood flows through these arteries and veins, it loses heat and the animal is cooled. To aid this process, on a hot day elephants will hold their ears out in a breeze, or even fan their ears to increase the heat loss.

Is The Elephant Designed or Not?

If the elephant didn’t have this method of losing heat in the beginning, it would have died. Sounds like intelligent design, doesn’t it? Yes, no matter where we ‘poke’ the creation, we see the loving and creative finger of God. We are told that, in the beginning, all things were made by Jesus Christ Himself. (Col. 1:16-17)