Human speech is a wonder, and an enigma to evolutionists. Nothing in the animal world even approaches the complexity of human language. 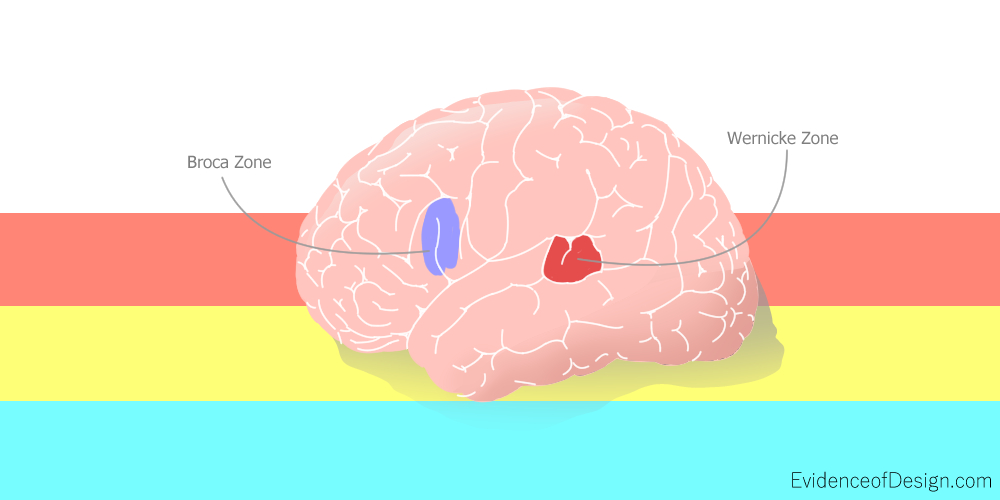 Where Does Speech Start?

Speech starts in the brain. What we want to say is initiated in an area of the left cortex called ‘Wernicke zone’. This communicates with ‘Broca zone’, involved with grammatical rules. Impulses go from these areas to the muscles involved in speech. These zones are connected with the visual system (so we can read), auditory system (so we can hear what others say, understand and answer) and also have a memory bank for recalling valuable phrases.”

These messages in the brain must be translated into a complex, coordinated set of movements resulting in sounds and words that communicate. About 100 muscles of the chest, neck, jaw, tongue, and lips must work together. Each neuron involved is bound to just a few muscle cells to make the vast number of movements possible. The sounds are made in the larynx (voice box) which is set deep in the throat. “That placement creates a sound chamber that allows us to make language expressive. Moreover, the placement prevents us from breathing and eating or drinking at the same time. But we are not born that way.

How Is a Baby Any Different?

A newborn’s larynx is placed higher up in the throat, allowing a baby to breathe and suckle at the same time. By the time a child is six, and has no need to suckle and breathe at the same time, but is learning language, the larynx has moved to its adult position.” (creationmoments.com for Sept. 11, 2009) It has been conjectured that an infant can make all the sounds of any language but slowly loses those not involved in its native tongue.

The sounds are then altered by higher or lower tones, the shape of the mouth, and the movement or placement of the tongue, lips, and teeth at a rate of two or more movements per second. Vowels are made solely by the shape of the mouth while consonants are formed by restricting the flow of air in some way. We add to this complexity accents, grammar, expression, intonation to convey exactly what we are thinking. 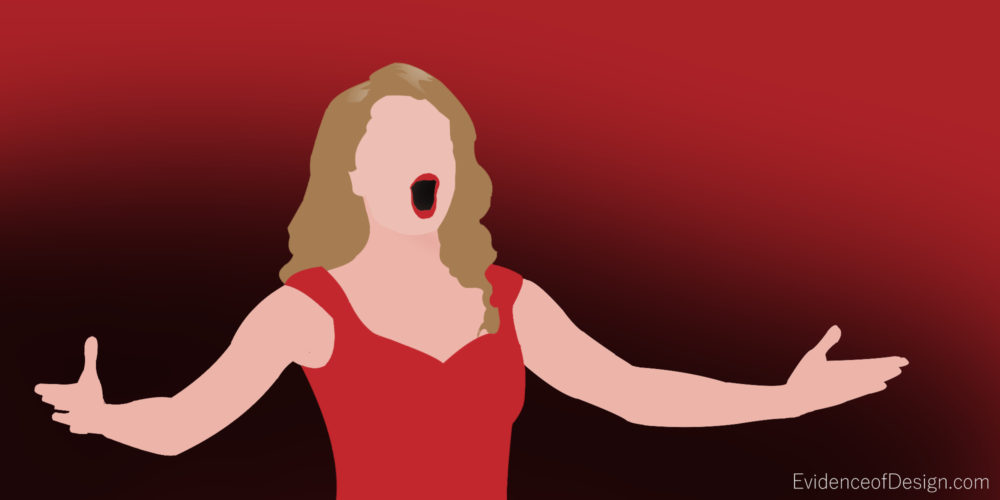 When Did Speech Begin?

The Bible states that Adam talked with God from day one. In fact, that day he named all the animals and welcomed his wife. Evolution cannot accept this but is puzzled just how the ability to speak could have evolved. Evolutionist Stephen Pinker expresses this dilemma (from Pinker, S., (1994). ‘The Big Bang’, Chapter 11 of The Language Instinct, pp. 332-369. New York, NY: William Morrow and Company): “. . . a uniquely human language instinct seems to be incompatible with the modern Darwinian theory of evolution, in which complex biological systems arise by the gradual accumulation over generations of random genetic mutations that enhance reproductive success. Either there is no language instinct, or it must have evolved by other means.”

How humans evolved such a vastly more complex system of communication I leave them to puzzle over. It is much easier to accept the word of the only one present in the beginning to tell about it, God Himself.