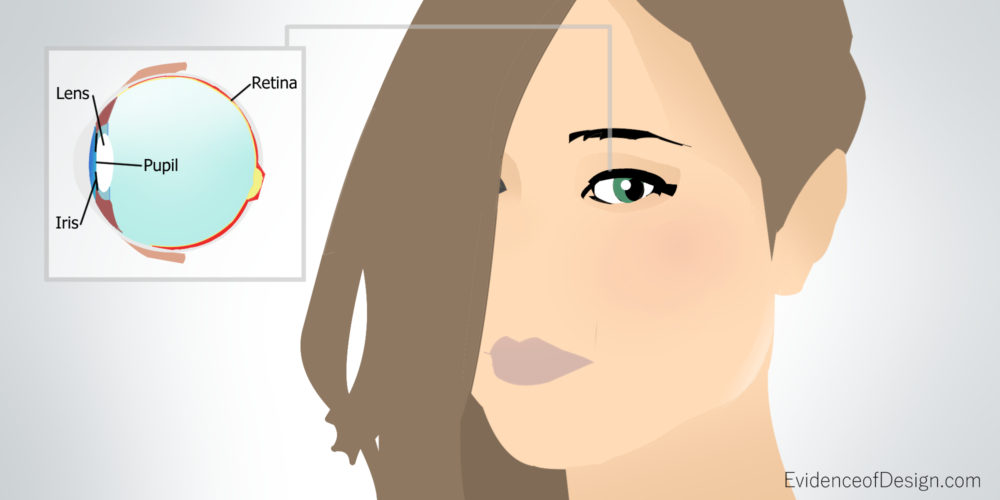 Creation Moments* is a two minute design-based broadcast heard on our local radio station. For the last week they have dealt with a few of the marvelous aspects of the human eye. Here is a quote from one of the broadcasts: “They have learned, first of all, that no computer chip can be made today that could begin to do what the retina does. But, if it could be made, it would have to be something like 500,000 times bigger than your retina.

One computer scientist has estimated that a computer chip that could begin to do what your retina does would have to weigh in at about 100 pounds! The retina, which is something like a small slip of clingy food wrap, weighs less than a gram. It occupies only 0.0003 inch of space.

On the other hand, the scientists’ theoretical “seeing” chip would fill 10,000 cubic inches. And while your retina operates on only 0.0001 watt of power, the synthetic ‘seeing’ chip would require 300 watts of power and a cooling system. Even with all this, it couldn’t see very well. It would be able to resolve a square area of only about 2,000 units of vision – called pixels – while your eye can resolve five times that much! Such a chip would have the equivalent of about 1 million transistors, while your retina has the equivalent of 25 billion transistors!”

When Darwin was approached about the idea that the eye may have evolved through three strands, he replied, “I have enough trouble grasping how it could have evolved at all.” Indeed, what would motivate a creature to develop light sensitive cells to receive the electromagnetic radiation? If ancestors can do that, why don’t we evolve something to pick up radio stations?

Further, the eye is obviously not a primitive instrument in the process of improving. As we have seen, it is a wonder and a marvel! Anyone looking at something this complex in the electronic world would laugh at someone who said it came about through random purposeless accidents. Let’s be honest and admit the same is true in the biological world. Is that too humbling to do?

Not enough for you? Watch the video below to gain more insight as to the amazing design of God in the eye.

*In addition to being heard on many Christian radio stations, Creation Moments can be found at Creation moments.com as a podcast. The site also offers a daily article sent through email to all that subscribe. See the website above for all the details.

1 thought on “The Human Eye”